Fico’s world of mafia and crooks is gradually falling apart

The Bödörs are soaked in further cases and Monika Jankovská and Ľudovít Makó are to cooperate with the police. Robert Fico has a problem.

The Bödör clan, Penta and other toxic financial groups, corrupt judges, Kočner and Bašternák, a deaf and blind special prosecutor’s office, collaborating police, systematically stolen Eurofunds and donations … This is how Slovakia looked like under Robert Fico.

What we are watching today is the gradual unveiling of a system that has protected crooks for years and allowed bullying and the murder of decent people.

A Dutch prosecutor is investigating the case of a Polish fraudster who set up a classic limited liability company who looked like a bank. Apparently it was created to launder dirty money. The largest deposit there was made by the Cyprus box company Saxian Investments – 4 million euros.

This Cyprus mailbox has links to Norbert Bödör. For example, it lent money to companies that became the owners of the famous Nitra hotel Zlatý Klúčik (Golden Key). And he is also connected to Bödör. Basically, it’s said to be his hotel.

Dutch investigators also found that the box was owned by the Liechtenstein Betlem Foundation, backed by Miroslav Bödör. Norbert’s father and owner of Bonul, which on behalf of Fico, enjoyed the favor of the Prime Minister.

So „old man“. What we learned about the influence of the Bödörs rather suggested that they were typical directional oligarchs.

But Robert Fico sees it again: „I valued the work of these people, as well as those who gave these people job opportunities. Only Aktuality and the like can designate the owner of this company as the oligarch of Smer only because, as Prime Minister, I visited his company on business and in public.“

Today the situation is as follows:

– Norbert Bödör is being prosecuted in the Cattle case,

– he also appears in the case of possible money laundering through a fictitious bank,

– his father and Bonul owner Miroslav Bödör also appear in this case,

– the Bödörs appear also in the case of the purchase of cameras for the National Highway Company,

– the government will check all contracts with Bonul …

Fico’s world is slowly falling apart and the couple Monika Jankovská and Ľudovít Makó, who, according to media reports, have decided to testify, are also helping. And there are to be other names of great caliber with a link to the directional oligarchs or the government.

Robert Fico has a problem because NAKA’s findings may be closer to him than ever before. Although, not so long ago, his assistant Mária Trošková – a former partner of the mobster, who kept sensitive contact with Vadal even when she was already at Fico’s.

Somehow too many oligarchs, crooks and mafias around one person. 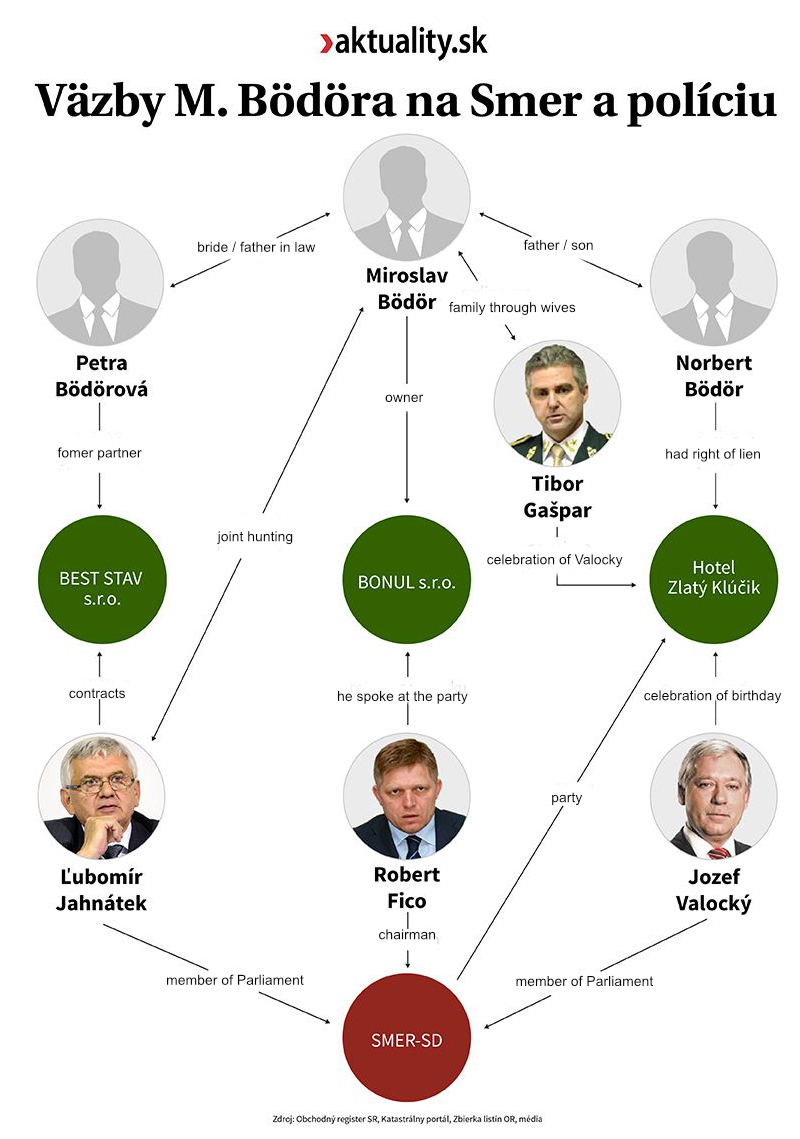