A smaller mining section of 25 square kilometers with high-grade Nickel-Copper showings was also bid for in the recent Moratorium Tender by ZB Capital’s Finnish mining arm Laakso Minerals Oy and is shown below as Section No. „VIII“. 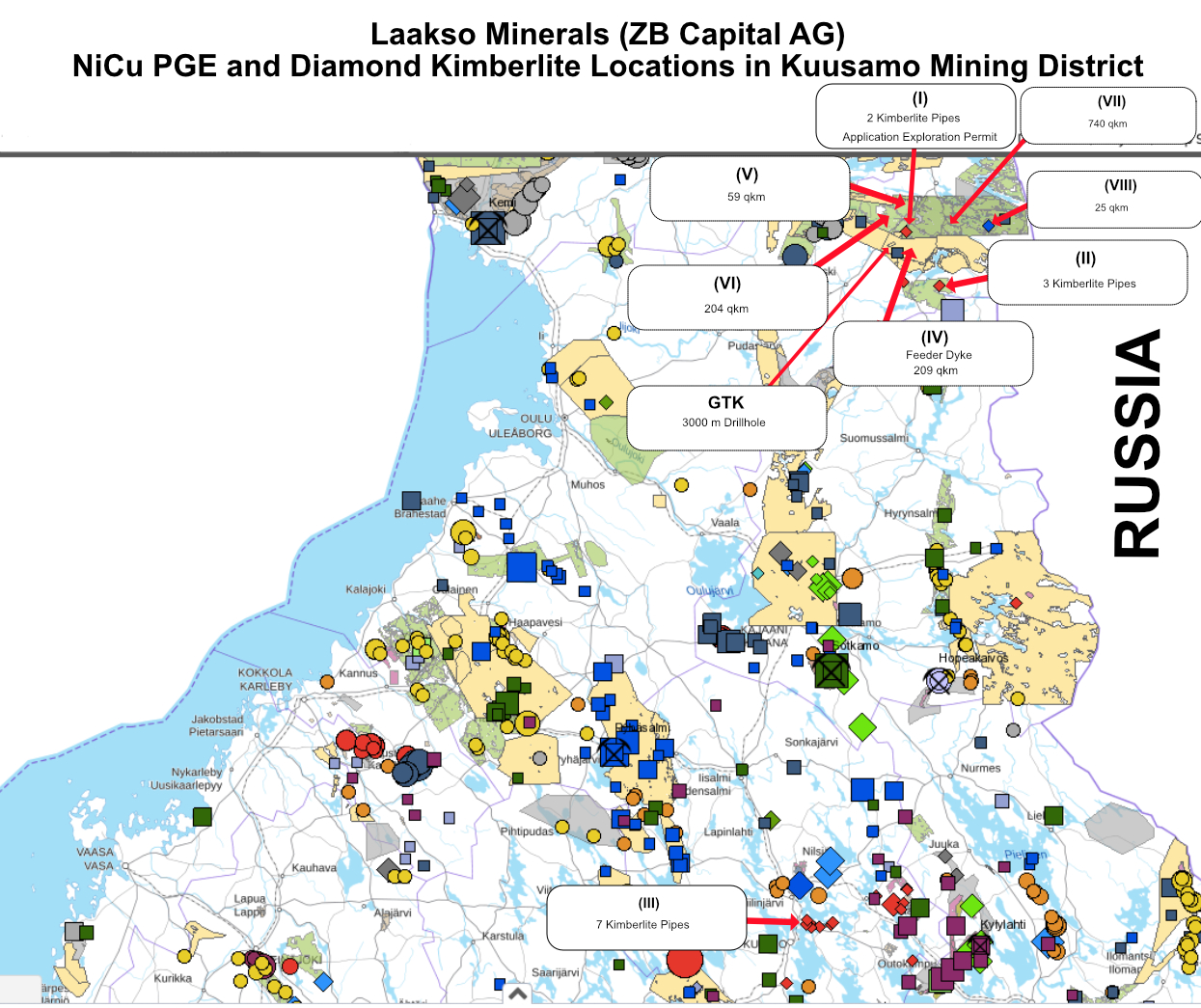